McNeal Elementary is building TRUST with help from a parent's mural 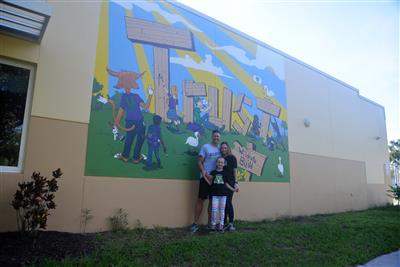 The SAC was brainstorming practical ideas for a campus beautification project, and it was Havasi who knew of the second-grade parent with artistic abilities.

Within 24 hours of the phone call, there was a design lying on Principal Sheila Waid’s desk.

She said Benson’s design blew them away.

The school mantra this year is “Wildcat’s Building Trust,” and the sunny wall mural depicts young people building letters which spell out T-R-U-S-T.

Benson says he’s happy to support the school and wanted to make his daughter proud.

“I couldn’t turn down the opportunity to do something so visual,” said Benson. “Something she would see every day as she walked into school was too much of a reward.”

Principal Waid is grateful because she knows all who walk past the mural will know that McNeal is growing and building trust throughout their community.

The best part? The mural was a surprise for families, students and staff who hadn’t returned to campus since May.

After one week of paint, sweat and help from his daughter, the final reveal came during McNeal’s Open House on August 8th and word quickly spread to Facebook. 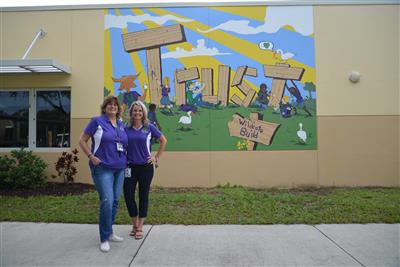 “You did an amazing job making the school even more wonderful,” one parent wrote.

To think, it all started with an idea – and “a parent, who knew of a parent”.