Parrish Community High Theatre to be first in the U.S. to perform Frozen

Parrish Community High School (PCHS) is proud to announce their Theatre Department is joining a short list of high schools across the U.S., chosen to be the first to perform Disney’s Frozen.

On Friday, Parrish Community High School was announced as the Florida winner of the United States of Frozen contest.

Only 51 U.S. high schools (one school, per state) earned the exclusive rights to produce the full-length Disney Broadway musical.

The United States of Frozen: Love is an Open Door competition was open to any high school theatre program in the U.S., including U.S. territories.

Winning schools receive the rights to perform a show that is not yet licensed to any theatres outside of the Broadway tour.

The contest is a collaboration between the Disney Theatrical Group, Educational Theatre Association, and Music Theatre International.

“The honor is mind-blowing in any regard, but even more so for a new school that has produced only one full-length musical,” said PCHS Theatre Teacher and Director Olga Peña, who applied for the contest. “It goes to show how much talent, skill, creativity, vision and passion our fine arts department has. Our students and staff are top notch, as evidenced by the professionalism demonstrated in our production of The Wizard of Oz.” 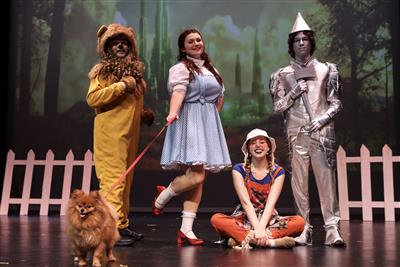 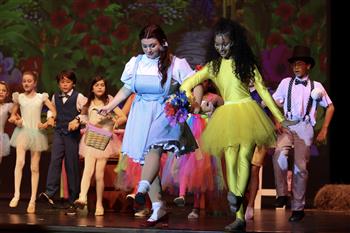 Peña explained that even that one show demonstrated to the adjudicators incredible skill on the PCHS stage, in the live orchestra, and behind the scenes. “I know they also were impressed and inspired by our incorporating of elementary school students and community support to produce a heartwarming show in The Wizard of Oz,” Peña said. “Our students and community are amazing, so I’m grateful that this national spotlight can shine on the art and heart our program has to offer.”

Stay tuned for details about the PCHS performance of Frozen, which is expected to be announced in October.